We are excited to once again present a full day of  programs and panel sessions for adults, teens and children!

Steven James Petruccio has been a professional artist and illustrator for thirty-five years, with works in public and private collections and over eighty illustrated picture books, including the award winning series for the Smithsonian Oceanic Collection and the original TONKA book series. He received the 2012 Rip 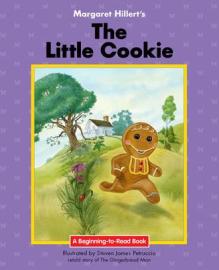 VanWinkle Award for his contribution to children’s literature. His illustrations were included in the exhibit, “ American Nostalgia: Contemporary Artists Reinterpret the Themes of Norman Rockwell”. Steven works in watercolor and digital media. He served as president of Barrett Art Center and is an adjunct in the Marist College Art & Digital Media Department. Steven created the entrance mural for the pediatric emergency room at Orange Regional Medical Center helping the hospital win the title “Most Beautiful Hospital In America”, www.stevenjamespetruccio.com; www.fabledforestmural.blogspot.com.

Michael Garland is the author and illustrator of 40 picture books for children and illustrator of another 40 books for other authors. Several of his books have won awards, including Birds Make Nests, which was named as Mazza Museum of Children’s Book Art – Caldecott Contender Selection, selected as an Outstanding Science Trade Book by the National Science Teachers Association and the Children’s Book Council, and awarded Correll Award for Picture Excellence. As well, Daddy Played 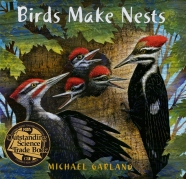 the Blues was chosen as a Notable Social Studies Trade Book For Young People by the National Council for the Social Studies and the Children’s Book Council, and Pizza Mouse, was a Junior Library Selection. Garland will have five new books out 2017/2018. Visit his website at www.garlandpicturebooks.com/. 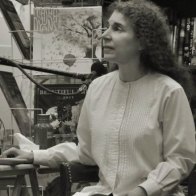 Marian Grudko is a storyteller and composer whose musical tales include Lucinda Snowdrop, Dragonfly Bog, and Harriet: The Story of a Praying Mantis. In 2014, Marian’s performance

of “A Beatrix Potter Afternoon” at The Actor’s Institute in New York City was an Editor’s Pick in TimeOut magazine. Marian was born in NYC and moved to the Hudson Valley in 1995. In 2010 she began book editing, and in 2015 formed 138 In Progress Publishing with author T.A. Young. PoppySeedBooks is the children’s literature division of that company. Visit Marion at mariangrudko.com.

Iza Trapani was born in Poland and moved to the U.S. at age seven. Fascinated with a Mother Goose Treasury, Iza learned English through the rhymes. Little did she know that someday she would retell many of them and become a best-selling children’s book

author and illustrator. Iza is known for her award-winning series of nursery rhyme extensions, including The Itsy Bitsy Spider (Charlesbridge), which has sold well over a million copies. Her latest book, Old MacDonald Had A…Zoo (Charlesbridge), came out in September 2017. Find out more about Iza and her books at www.izatrapani.com.

Karen Kaufman Orloff has written ten books for children including the popular “I Wanna” Books, including I Wanna Iguana, I Wanna New Room, and I Wanna Go Home (G.P. Putnam), as well as Goodnight, Little Bot, If Mom Had Three Arms, Talk, Oscar Please,  Miles of Smiles (Sterling), and three “Nightlight D 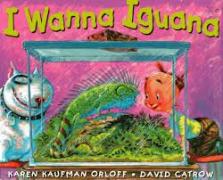 etective” books from Peter Pauper Press. Her 11th children’s book, Some Days: A Flurry of Feelings, will be out in 2019. Orloff also writes a column for the Poughkeepsie Journal. Visit her website at www.karenkaufmanorloff.com. 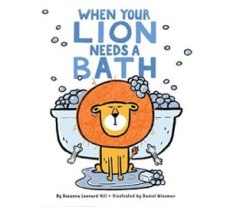 school and library visits. Her recent titles include When Your Lion Needs a Bath, When Your Elephant Has the Sniffles and The Road that Trucks Built, and When Your Llama Needs a Haircut. Watch for her newest book, When Your Monkeys Won’t Go To Bed, in August 2018. Susanna lives in New York’s Mid-Hudson Valley with her husband, children, and two rescue dogs.  Visit her online at https://susannahill.com.

Nancy Furstinger has been speaking up for animals since she learned to talk, and she hasn’t shut up yet. She is the author of nearly 100 books, including many on her favorite topic: animals! She started her 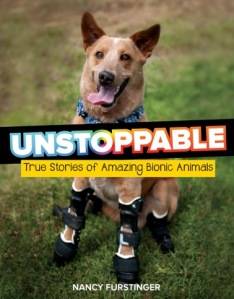 writing career in third grade, when her class performed a play she wrote while recovering from chickenpox. Since then, Nancy has been a feature writer for a daily newspaper, a managing editor of trade and consumer magazines, and an editor at two children’s book publishing houses. She shares her home with big dogs and house rabbits (all rescued), volunteers and fosters pets for several animal organizations. Visit her website at www.nancyfurstinger.com.

David Neilsen is a classically trained actor/storyteller, a journalist, and a theater/improvisation teacher for children and

adults. During the Halloween season, David can be found telling spooky tales to audiences of all ages throughout Hudson Valley, or performing one of his one-man shows based on the stories of horror author H.P. Lovecraft. David lives in Tarrytown with his family. Dr. Fell and the Playground of Doom (Crown Books for Young Readers) is his first novel. Visit him at https://david-neilsen.com.

Tania Guarino lives with her family in New York’s Hudson Valley, where an abundance of farms and barnyard life are her constant source of inspiration.

When not writing fun stories for kids, she can be found riding her bike, gardening, or on the family boat soaking up the sun and catching fish!
Tania is a contributor to Highlights High Five Magazine. MEET the QUACKERS is her first picture book.  Visit her website at  http://taniaguarino.com.

Jenna Grodzicki lives in Connecticut with her husband, two crazy awesome kids, a cat named Pixie, and dog named Ozzy. She has a Bachelor’s Degree in Elementary Education from Boston College and a Master’s in Education from the University of New 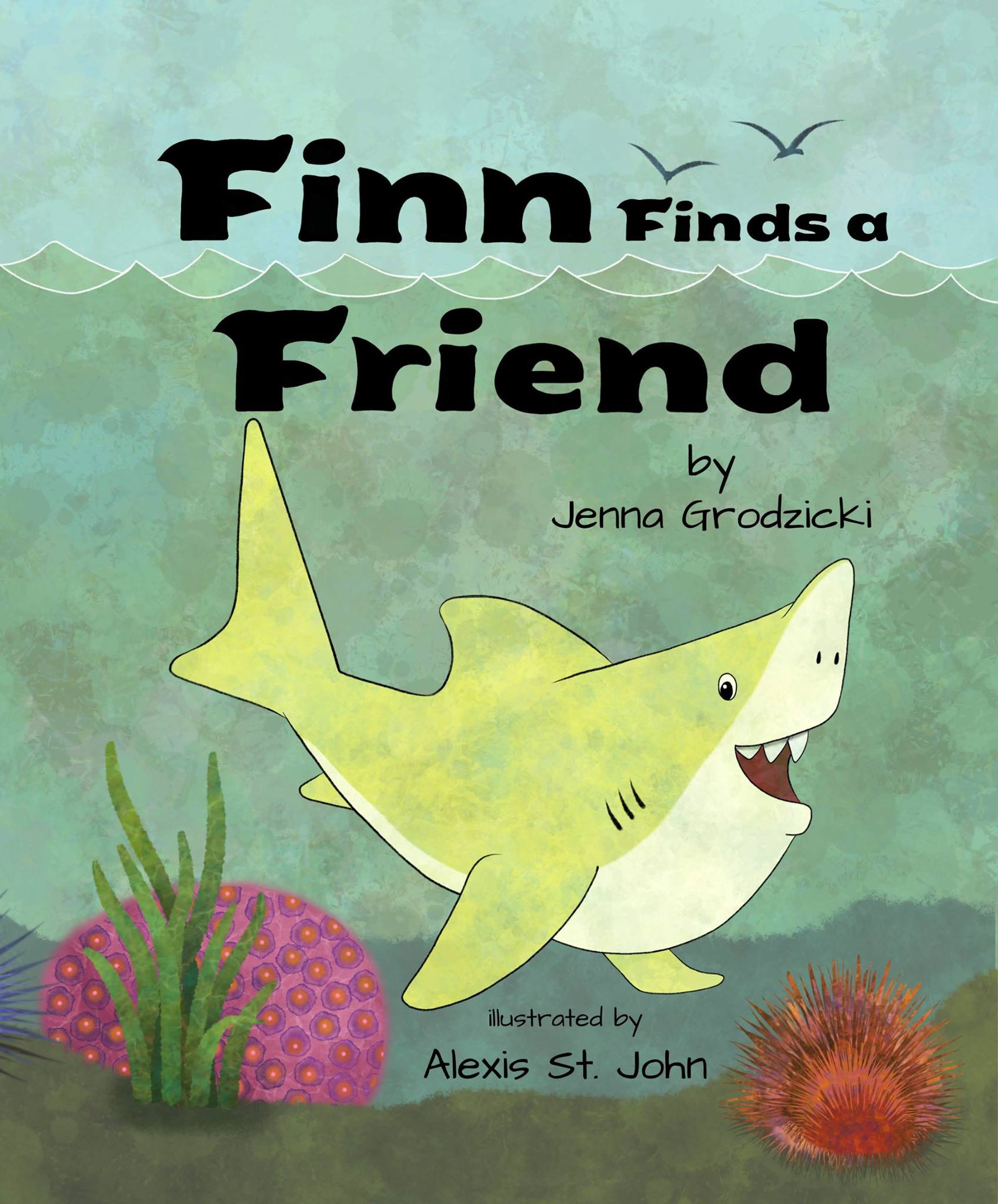 England. Her first book, Pixie’s Adventure, was awarded two Honorable Mentions in the 2017 Purple Dragonfly Book Awards. She recently traded in her librarian hat to become a full time writer. At all hours of the day (and night) she can be found at her desk, drinking iced coffee and working on her next story. Her website is https://www.jennagrodzicki.com/.

Susan Howard has been writing since childhood. 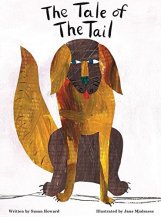 Her first published piece was written during her stay in Florence, Italy where she was a student during the overflowing of the Arno River. It explains in emotional depth the extensive destruction that flood caused. She worked as a feature writer for a local weekly newspaper in the Hudson Valley, has written short stories and poetry an is working on a novel in a sort of stream of conscious style. She is a published poet and plans a collection.

Raven writes for a variety of magazines such as Highlights for Children, High Five, Hello, Ladybug, Hopscotch, Discovery Trails, Story Friends, Cricket, Spider, Parents and Children Together, Fun for Kidz, Jack and Jill, and Humpty Dumpty. Her work is included in anthologies, DVD’s and CD’s and she has received three Merit awards for poetry from the SCBWI. Raven is active in social media, presenting local Hudson Valley children’s writing workshops, school and library visits, and am passionate about childhood literacy. Find her on the web at http://www.ravenhowell.com/index.html. 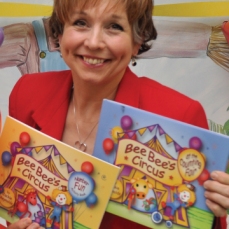 Jackie Reynolds is an award winning magician, ventriloquist and clown. She mixed a love of numbers and her engineering degree with twenty-five years entertaining children to create Bee Bee’s Circus at the Counting Fair. She brings entertaining and educational

programs to family and community events, preschools and schools, and libraries through out the Hudson Valley as Jackie the Magician and Bee Bee the Clown. See her website at http://beebeetheclown.com. 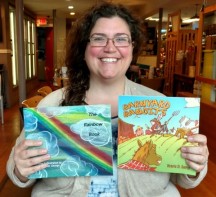 Victoria St. George is an author from the Mid-Hudson Valley, who has worked in the field of education and raised her family there over the past several decades. Having worked with school children of all ages and varying degrees of ability, she has always 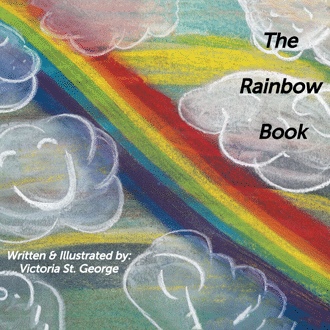 used her background in art, psychology, education, and sign language to accentuate her creative endeavors. Victoria adds a sense of whimsy, childlike innocence, charm, and sense of wonder into everything she creates, which keeps you entertained and coming back for more. She has authored various articles, cookbooks, and children’s books including Barnyard Bandits and The Rainbow Book.  Visit her online at https://victoriastgeorge.wordpress.com/.

Timothy Tocher is the author of four sports themed novels for middle grade students. Chief Sunrise, John McGraw, and Me (Cricket Books, 2004) was named a Best Book for Young Adults

by the American Library Association. The sequel, Bill Pennant, Babe Ruth, and Me (Cricket Books, 2009) received a starred review from Kirkus. His latest book,Odd Ball: Hilarious, Unusual, and Bizarre Baseball Moments (Marshall Cavendish, 2011) is his first work of non-fiction. Tocher lives in the Hudson Valley. Read more about him at http://sites.google.com/site/tochertales.